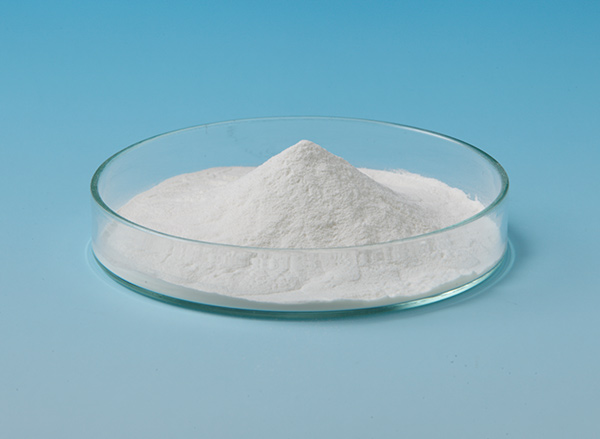 A product made heat resistant (does not solidify in response to heat), while maintaining the original balance of amino acids.
Average molecular weight is approximately 1100 and water solution is milky.
Egg White Peptides

Turning egg white into peptides increases the efficiency of digestibility and absorption in the intestinal tract.

One percent Egg White Peptide EP-1 (manufactured by Kewpie) was mixed into rat feed for seven days. After 16 hours of fasting, carbon tetrachloride was administered into the abdominal cavity to induce oxidation. Twenty four hours after administration, blood was sampled and blood serum hexanoyl lysine, which is a lipid peroxide, was measured. 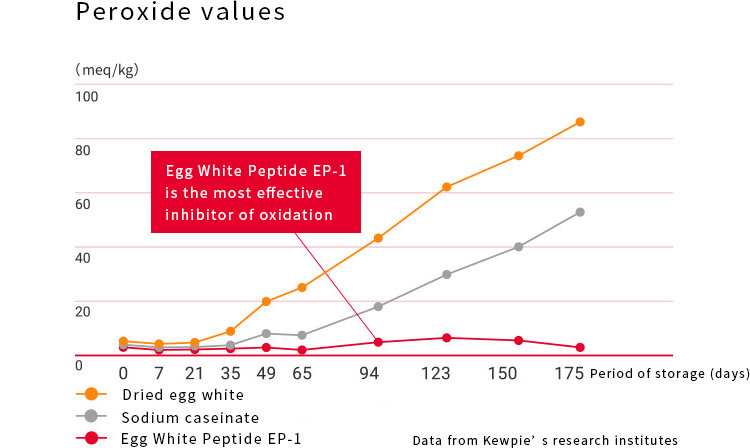 It has been confirmed that addition of Egg White Peptide EP-1 enhances anti-oxidation capability.

Egg White Ingredients for Food Use

Egg White Ingredients
for Cosmetic Use

Eggshell Membrane for Food Use

Eggshell Membrane for Cosmetic Use

EM Protein-P
A powder soluble in water obtained from hydrolysis of Eggshell Membrane.

Other Ingredients Derived from Eggs

Details
Back to Top